As Cuba Opens for Tourism, Dallas' Cigar Retailers Brace for the Possibility of a Lifted Embargo.

Cuba was a forbidden fruit for nearly 50 years  - closed to tourism and trade, the collective American imagination relied on photos of 1960s models Volkswagen beetles and hot rods, and people sitting on porches fanning themselves while puffing on Cuban cigars and listening to old transistor radios.

Now, people can satisfy their fascination for the nostalgia of Cuba after President Obama announced in late 2014 that he would open the borders to tourism, and as recently as October, the U.S. government announced that it was lifting the limits on how many cigars Americans could bring back with them from their travels.

The guidelines are $100 worth per person per month; anything over that requires a 40-cent excise tax per cigar and additional controls for customs. It’s the same policy as with importing cigars from any other country.

While importation for personal use is now legal, importing for resale purposes is still banned in this country, which has led to some misunderstandings in the retail sphere. Marco Cavazos, who owns Cigar Art in Oak Cliff, says he has nearly 10 people every day asking to buy Cuban cigars.

“I think there’s sort of a Renaissance in cigar interest. People who aren't interested in cigars want to try Cuban cigars,” he says.

But the uptick in demand is mostly novelty. "It's about the prohibition; you couldn't have it so you wanted it," says Willie Martinez, who owns House of Cigars. Martinez says he welcomes the lifting of the ban because “the myth behind the Cuban cigar will finally be over to the American market. They're going to realize that there's really nothing special about the cigar, there are equal-to or better smokes on the market.” 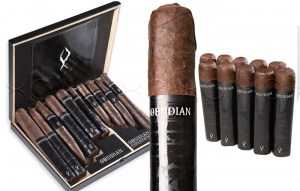 The ubiquitous Cuban cigar company, Habanos, has had a veritable monopoly on the market. It’s the only Cuban cigar manufacturer — owned 50 percent by the Cuban government and 50 percent by a Spanish company, Altadis is the supplier of choice for many European countries even though Cavazos and Martinez say the company’s product is inferior as compared to cigars from Central America.

“In Europe where Habanos is king, the biggest complaint is if you buy a box, four or five in a box of 25 will be no good. They accept that as part of the handmade cigar process,” says Cavazos. “But in the United States you have to be much more competitive. The cigars coming out of Nicaragua, Honduras, Dominican republic, you seldom have quality control issues, it's more like one in 500 cigars will have a problem.”

Despite the fact that selling Cuban cigars isn’t yet legal in the U.S., Habanos has been buying up retail shops around the country in anticipation of the commercial ban being lifted.

“There's a lot of anxiety in the industry right now,” says Cavazos. “If the embargo is lifted entirely, the big fear … is that existing cigar stores will still not be able to buy and sell Cuban cigars because [Habanos] will have a monopoly on distribution, selling it through their own retail outlets.”

There’s another hiccup in the plan for Cuban cigars to be sold here legally. The FDA is now involved in the regulation of cigars after the Family Smoking Prevention Act was passed in 2009.

“They're trying to roll it back to only cigars that were on the market in the U.S. prior to 2007 [can be sold],” says Eliot Suied who owns Cigar Warehouse in Dallas and Plano. “Since no Cuban cigars were sold in the U.S. in 2007, the likelihood of Cuban cigars being available to U.S. consumers is nil under those new gaming rules unless they grant an exemption to Cuba.”

Suied says granting an exemption to Cuba would cause a host of other problems — “It would open up the floodgates for all the other manufacturing countries … that weren't on the market at that time either.”

The other way to sell legally without an exemption or grandfathering would be to meet the FDA's new rule that requires costly inspection and testing for all cigars entering the market after 2007. Yet consumers bringing them in for personal use aren’t subject to FDA screening.

“If you have no limits [for personal use], that means I could go to Cuba and buy $50,000 worth of cigars,” says Martinez, who, along with Cavazos, suspects that it will lead to an increase in the black market, which would also put cigar shops at a deficit.

“The black market is going to be significantly bigger because now anybody can go and buy Cuban cigars abroad and resell them. There's no legal way to compete,” says Cavazos.

The flip side of black market Cuban cigars is an increase in the knock-offs claiming to be Cuban cigars, preying on people's lack of knowledge of the situation.

“It's the most counterfeited product in the world,” adds Martinez. While this fact isn’t verifiable, it’s still worth noting that it’s highly counterfeited and both say that if someone is selling a Cuban cigar in the U.S., it’s probably not real.

“The counterfeit market is going to explode. The perception now is that Cuban cigars are going to be easy to get, so I think you're going to have a lot of people taking advantage of that,” says Cavazos.

“As a cautionary thing I would be careful about buying anything claiming to be Cuban cigars in the States before the embargoes are lifted," he adds. "With any counterfeit product, you have to be leery about what's actually in it.”